Alcohol free 15 years, and miss it every day

NEED HELP? GET A PHONE CONSULTATION OR COACHING!

Get supplements I developed to assist my training and diets at Valhalla-labs.com 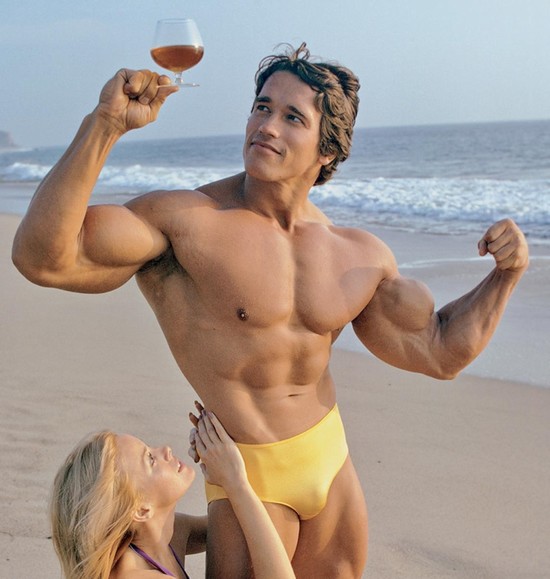 You read “Alcohol and Steroids” and you're probably expecting this internet doctor to lecture you on what a horrible idea this is. Well I’m not. Like everything, too much of an awesome thing sort of sucks. For instance I once gave a girl with brain cancer an all steak diet. She hated steak so much after 4 weeks she admitted she made the brain cancer up. (carb free diets cure brain cancer, no other doctor will tell you this since they don't make money writing diets)

Point is, a little alcohol is actually shown to help with bodybuilding not negate it. Like everything, people listen to the most extreme opinion, and alcohol, the liquid Devil, is a popular scapegoat.

Now I would like to point out that likely if you're this concerned about how alcohol is going to affect your bodybuilding you’re probably on steroids or considering them. Why wouldn't you want more testosterone if you're concerned about alcohol decreasing it?   Steroids are not that bad for your liver unless you’re drinking. It’s even worse with the methylated oral steroids and the "prohormones" which are actually just methylated steroids they are HORRIBLE when mixed with alchohol!

I AM NOT SUGGESTING YOU USE STEROIDS OR DRINK in fact I have invented Thor’s Hammer Combo Pack to provide a healthier and safer alternative to performance enhancing drugs which modulate your hormones; I used ingredients which have been proven to increase LH, FSH, GH, decrease cortisol and estrogen, and of course raising testosterone.

Diabetes in Rats From Binge Drinking?

Diabetes mellitus type 2, the now extremely prevalent kind, is caused by insulin resistance. Fat cells are so full of fat that they say “NO MORE FAT!” to the insulin hormone when it tries to bind to the fat cell. This means the sugar which caused insulin to be released by the pancreas will now just chill in your blood and destroy your nerves. This will eventually lead  to blindness, amputation of limbs and/or death by kidney failure. Sound fun?

Binge drinking in rats resulted in higher circulating glucose, certain researchers inferred that it is causing insulin resistance, causing them to jump to conclusions. It couldn't be that alcohol is the primary fuel source for the body since it's a toxin and the body wants to clear it as fast as possible and subsequently it doesn't burn the glucose in the blood.

No, it HAS to be that the fat cells are insulin resistant. Why such a leap of logic?

These researchers are biased as they work at a "Diabetes and Obesity Institute". They went into the experiment stating alcohol causes diabetes according to them. However, when they saw evidence suggesting a chain reaction which might end in diabetes  they mistook it for conclusive evidence of inevitable diabetes.

All this really means is: if you’re binge drinking, any carbs and fat you eat are more likely to turn to fat than if you just ate protein while drinking.

There are actual studies showing that moderate drinking improves insulin sensitivity, the opposite of resistance. This would mean those who drink 1 or 2 drinks (check out my article Alcohol and Bodybuilding to see what a “Drink” is) would be less likely to gain fat and more likely to build muscle, as muscle cells that are more sensitive to insulin, suck up glucose faster than the fat cells do! This is why it's easier to stay thin, the less body fat you have the better your insulin sensitivity.

Alcohol consumers actually weigh less that non-drinkers, and this study (Kokavec A 2008) shows alcohol has an appetite decreasing effect:

“Long-term alcohol intake can decrease the total amount of food consumed when food is freely available and the alcohol-induced individual is often held accountable for their irregular eating behavior.  Assessment of meal composition has highlighted that appetite for food containing carbohydrates (in particular) is altered in moderate-heavy drinkers but at present there is insufficient biochemical evidence to confirm or deny this observation. “

Alcohol Effects on Testosterone, GH and Other Hormones

In a study done on 8 healthy male volunteers, 1.5 g of ethanol per kg of body weight (that's 10-15 drinks) was administered over the span of 3 hours, from 6 pm to 9 pm. Blood samples were collected every 20 minutes for 20 hours. These subject males were their own control group, being that they would have to repeat the experiment with water a month later. (Valimaki M 1990)

The study found that although testosterone was reduced the following day (10 hours later) by 23%, LH (luteinizing hormone) and FSH (Follicle-stimulating hormone) secretion from the pituitary gland didn't change much at all. GH (Growth-hormone) however, did not have its usual pulsatile release while in deep sleep (Stage IV) and the total amount released was much lower. Prolactin levels stayed static, but cortisol levels DID increase at around the 10 hour mark by 36%.

My Interpretation of Their Data

I feel as if a lot of these findings were based on when the alcohol was consumed. Normally, you would release GH while you sleep, which inhibits a surplus of cortisol from being released in the early morning hours (as this is when testosterone is made in the testes). It is likely since LH levels are unchanged that it's not LH behind the decreased testosterone, but rather it’s the circadian rhythm altered and a chain reaction.  The Sleep was bad from being drunk so GH wasn’t released. as a result more cortisol was released.  This alteration changed the morning testosterone release. Either the lack of GH or the indirect effect of increased cortisol caused the 23% reduction in test. If you stayed up till you sobered up this likely wouldn’t have happened. However if you were to binge drink regularly you obviously would be hurting your gains and gaining fat.

In Some Evidence, I'm Right

In a separate study, less alcohol was used (about 6 drinks). In this study no change was found in subjects consuming this amount of alcohol post exercise in any of the aforementioned hormones except for the fact that more cortisol was released around 90 minutes post exercise. The study stopped measuring blood values after 300 minutes as opposed to the previous study where it reflected testosterone values dropping after 10 hours.

I suspect, based on this study that it’s the LACK of night-time GH release that causes less testosterone to be released in the morning:

In one mentionable study performed on rats (Preedy VR 1992), it was found that alcohol injections decreased the rate of protein synthesis by 25%, even more so in type II muscle fiber cells. This value decreased to a -65% synthesis rate when a compound which slows alcohol metabolization was administered! This was not the case with chronic alcohol consumption, Like any other stimulant or depressant, regular use allows the body to adjust and regulate levels to normal values.

It seems that moderate drinking increases insulin sensitivity, implying you can achieve bigger muscles while retaining less fat when in a caloric surplus given you drink in moderation (keep in mind, if you start to feel a moderate to heavy buzz, you are consuming too quickly and should slow your pace),  even drinking a 6 pack of beer for your post workout carbs won't hurt you, as long as you pace yourself & string them out a little. Additionally, even if you binge drink (not advisable), your body is only going to store fat intake and catabolize muscle for a few hours, it's not a life time problem (Phew!). However, if you binge drink daily, the abuse of alcohol will result in decreased hormone levels and a sensitivity to hormones which would cause a loss of muscle mass and a significant gain in fat (Which would be mitigated by appropriate prohormones).

So, in closing, control yourself with the booze. But if you can't, be mindful of your eating habits while drinking. That's it. You can stack Alcohol with steroids, just not oral methylated steroids or methylated prohormones.

In regards to myself, I have been alcohol free for 15.6 years. It was a personal choice. I have no regrets. Nor do I pass judgement on those who decide to have a few every once in awhile.

But please always drink responsibly, and remember, alcohol will always get a bigger kick out of you then you will out of it eventually.

Nothing in this article or on this site should be considered medical advice or as an endorsement to violate any law of the country in which you reside.  The information given is for fun and entertainment purposes only.  All statements are 100% dependent upon proper diet and exercise.  Please consult a medical practitioner prior to any diet and exercise program.